College Athletes Should be Paid 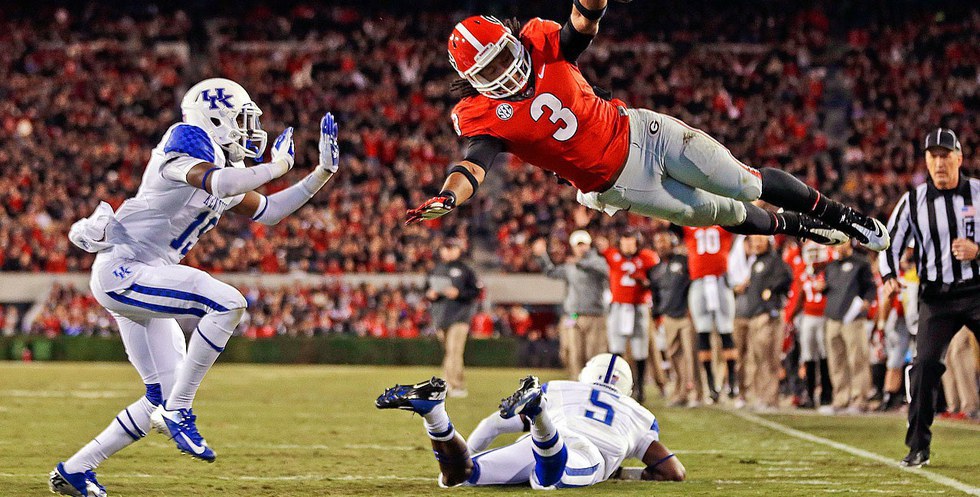 1) “Did you know that out of the 120 FBS (formerly named Division 1) schools, only twelve

broke even or made a profit last year?

2) “Did you know that over 81% of all athletic programs lose money?”

1. College athletes sacrifice their lives for the colleges.
Warrant:

College athletes put their bodies at risk to make money for their schools. They literally allow themselves to get hurt to help their school survive. Take for example, a college football player. They get injuries all the time, sometimes ruining their whole entire lives. But, they don’t get paid even a penny!

A study sample by Science Daily consisted of 573 male and female collegiate athletes from an NCAA Division I institution participating in 16 team sports. Participants reported 1,317 injuries during a three-year period. A total of 319 male athletes sustained 705 injuries, and 254 female athletes sustained 612 injuries. Estimates vary as to the number of young athletes who die from sudden cardiac arrest, but it could be as many as one in 28,000, according to the British Journal of Sports For the 26-year period from the fall of 1982 through the spring of 2008 there have been 22 fatalities, 63 disability injuries, and 126 serious injuries for a total of 211. During this same 26-year period of time there have been a total of 106 indirect injuries and all but twelve resulted in death.

2. The time spent for practicing, games, etc. takes away the time for a job and a way to earn money, so the athletes have no other ways to make money, whereas other students have time to get jobs. (THEY ARE ALSO NOT ALLOWED TO AS PER SOME REGULATIONS.)
Warrant:

College athletes spend all day in classrooms. Right after they must spend hours training. These athletes spend their free time practicing their sport. Instead, they could be studying for their exams but they decide to spend their time by practicing. Many athletes don’t have time to have a job so they don’t have money to buy food and pay for books. Other students have the opportunity to have jobs and work after school to get extra spending money. However, the athletes spend time after school playing in games and practicing. Millions of dollars are brought in from the games, and none of it is given to the athletes, who actually play in the games.

The University of Florida had the highest combined football and basketball revenues while its players' scholarships left them living $2,250 below the federal poverty line and a $3,190 scholarship shortfall. - DAILY FINANCE - While this happens, the colleges, as well as the staff, make millions

3. If coaches are paid for their efforts, then the athletes should be, too; they are the ones who are actually playing the sport.
Warrant:

4. College sports limit their chances for being drafted in the future if the athletes are injured.
Warrant:

If the athletes are injured during their college years, this will limit their chances of becoming professional athletes. We need to make sure that they are paid so that they feel like they are compensated for their efforts. If an athlete gets seriously injured during a game, the athlete’s whole entire life will be changed. For example, they won’t be able to pursue a career in the sports they excel in therefore turning their life completely upside. These students put their whole entire lives at risk and at least need to be paid for the risks they make.

Concussions at all levels of football are a tremendous problem as of 2011, with a growing number of retired professional football players suffering from dementia after repeated concussions during their playing days. Among college football players, 34 percent have had one concussion and 30 percent have had two or more concussions. As the University of Pittsburgh Department of Neurological Surgery reports, if you have a second concussion, even a minor one, soon after the first concussion, you might die. A total of 26 deaths, most occurring since 2000, are attributed to "second impact syndrome." The neurological effects of concussions in college athletes also can result in learning disabilities and severe memory impairments. There is a lower, but significant, incidence of concussions in soccer as well.