The US Should Adopt a Single Payer Health Care System 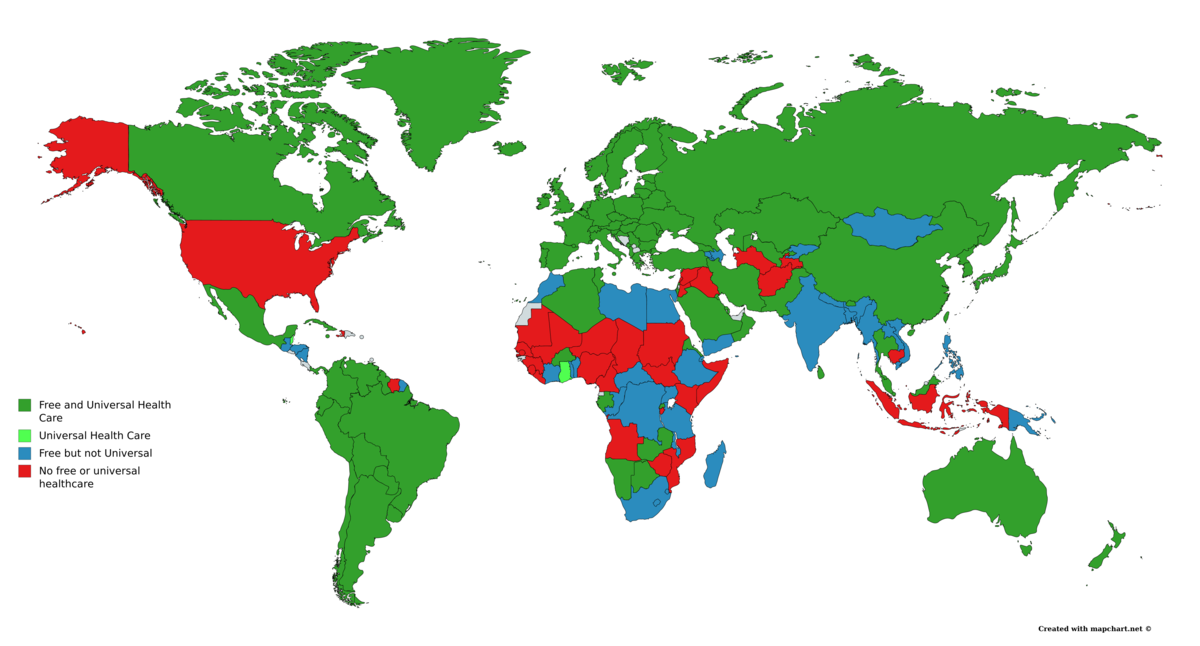 1. A single payer health care system would hurt the economy worse than any other system has.
Warrant:

The proposition side might believe that this system will give citizens of the US cheaper health care than they have right now, but it won’t. Where do you think that money will come from? Judge, that money will come from everyday taxpayers like you. The federal government has already decided on a budget and cannot allocate for this new system. This system will also pay doctors only about three-fourths of what they get paid by private insurers.

According to the Congressional Budget Office, the plans for the US single payer health care system would reduce payments per service for doctors and physicians by 22%. 22%. Furthermore, the Congressional Budget Office estimates that “Under a single payer system without co-payments people would have $144 a year less to spend than they have now, on average consumer payments for health would fall by $1,118 per capita, but taxes would have to increase by $1,261 per capita to finance this plan.” This would hurt the economy because many doctors would leave their jobs as they are only getting paid ¾ of what they were before. Less jobs, worse economy.

Employers who don’t offer insurance — 9,000 small businesses — would be hit with a new tax that would collectively cost them $388 million or more, depending on how the cost was split with workers.Furthermore it would increase taxes, and high taxes are a sign of a worse economy. Also, estimates that the cost of this investment might reach 1.5 trillion dollars in the next decade, the answer is a resounding no. Even the Center on Budget and Policy Priorities – a gleft leaning think tank – opined that the Congress could not come up with the necessary funding to go ahead with the health reform without introducing some very unpopular policies, such as raising taxes to pay for this. According to the NPR, Sanders’ proposals a single payer health care system would put an extra $18 trillion in debt over just 10 years. It would cost the government an additional $32 trillion to pay for health care.

Many countries have adopted single payer healthcare systems, and they all have major problems with healthcare. Single payer healthcare systems cause significantly longer waiting lists, do not save money, and are bad for countries and individual patients. One of the countries lauded for its universal health care is France. So what has the introduction of universal coverage brought the French? Costs and waiting lists. France’s system of single-payer health coverage goes like this: the taxpayers fund a state insurer called Assurance Maladie, so that even patients who cannot afford treatment can get it. Now although, at face value, France spends less on healthcare and achieves better public health metrics (such as infant mortality), it has a big problem. The state insurer has been deep in debt since 1989, which has now reached 15 billion euros. Another major problem with universal health care efficiency is waiting lists. In 2006 in Britain it was reported that almost a million Britons were waiting for admission to hospitals for procedures. In Sweden the lists for heart surgery are 25 weeks long and hip replacements take a year. Very telling is a ruling by the Canadian Supreme Court, another champion of universal health care: “access to a waiting list is not access to health care”.

Universal health coverage does sound nice in theory, but the dual cancers of costs and waiting lists make it a subpar option when looking for solution to offer Americans efficient, affordable and accessible health care.

3. A single payer healthcare system would give the government too much control over our health care.
Warrant:

Switching to a single payer healthcare system would make it so that the federal government would amass greater power over the financing and delivery of medical service and also determine the benefits and medical procedures that Americans would get and the prices providers are paid for them. While it may not seem like a bad thing to give the government control over our health care coverage, it would actually a negative effect on the entire population, especially members of the medical profession.

Such government control would:

Judge, if we switched to a single payer healthcare system, it would give our government way too much power over our care. Clearly this would have a negative effect on our doctors and our entire population.

4. A single payer healthcare system would reduce the quality of healthcare and medical attention.
Warrant:

If the US adopted a single payer healthcare system, waiting lists would increase and the quality of medical attention would decrease. The demand for medical attention and surgeries will go up, and doctors will have to work too hard in order to give all of their patients proper care. Patients in countries with these systems receive the lowest quality of healthcare, since when the government has a monopoly on healthcare, they are not required to give anything more than the minimum. What’s more, healthcare systems can deny older citizens certain surgeries and treatments, because it will not last as long as it would on a healthy person. Another example of a major difference in countries with single payer healthcare systems and the USA is wait time. According to the Center for Disease Control, the average ER wait time in the US is 30 minutes. However, the Canadian Institute for Health Information reported an average wait time of nearly 4 hours in Canada. Clearly, there is a big difference in these two countries. The difference is that Canada has a single payer healthcare system, and the US doesn’t.

If the US adopted this system, they would see an increase in wait times, along with a decrease in quality of healthcare. This would not be good for anyone, as most patients would fail to get the care they deserve.

5. It will reduce development and enhancement of medicines.
Warrant:

Productivity will reduce since there is no more financial incentive for people to carry out research and develop new medicines. If the government is paying for the health care systems, people will not have the financial motive to do more research, thus we will no longer be increasing in new medicines and we will know less about important diseases.A study done by Auburn University found that 70% of research would be lost with single payer healthcare. “There is basically no point in using single payer healthcare as all it does is harms the medical community,” said Tonia Schwartz.

6. A single payer healthcare system will take choices for healthcare out of the american people and make people have bad health care.
Warrant:

In conclusion if the government takes control of our healthcare we would have no choice but the single payer healthcare system which will be extremely slow and bureaucratic.