The US Should Have Compulsory Voting in General Elections 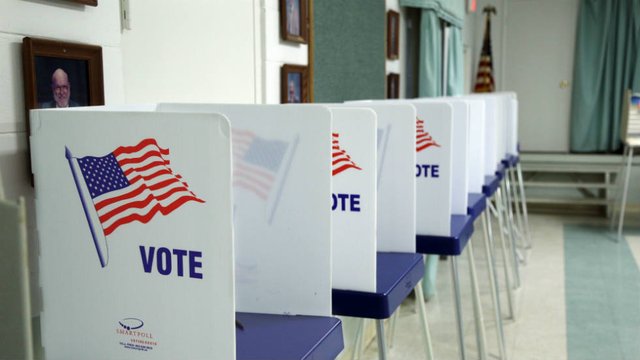 Weighing Mechanism: This debate should be weighed on which side best encourages informed and educated votes in the election, since those who are voting should know information about the candidates and our political system.

In the only Supreme Court case that discussed mandatory voting, Kansas City v Whipple, the court ruled that forcing citizens to exercise their right to vote directly violated the Constitution. The SUPREME COURT, the highest court in the land that determines what IS constitutional and what IS NOT said: “it is NOT within the power of any legislative authority, national or state, to compel the citizen to exercise this sovereign right.” Additionally, the ruling found that any form of national mandatory voting laws would go against the Tenth Amendment, which states that any right not explicitly stated in any other prior amendment would be the power of the states, not the federal government. Moreover Congress lacks constitutional authority to pass a law mandating voting, particularly in presidential elections. Article II of the Constitution gives Congress limited powers over presidential elections. Congress only has power to determine "the Time of choosing the Electors, and the Day on which they shall give their Votes.”

2. The right to NOT vote is fundamental to a democracy.
Warrant:

Every individual should be able to choose whether or not they want to vote. Some people are just not interested in politics and they should have the right to abstain from the political process. Any given election will function without an 100% turnout; a much smaller turnout will suffice. However, in a healthy democracy people should want to vote. If they are not voting it indicates there is a fundamental problem with that democracy; forcing people to vote cannot solve such a problem. It merely causes resentment.

3. While it may seem beneficial to have more voters, in actuality, increased voter turnout through mandatory voting doesn’t change anything and harms elections by increasing uninformed or ignorant voters.
Warrant:

In a utopian society, full voter turnout is ideal, since every voter would be positively contributing to society through their educated opinions. Sadly though, this is not the case in modern day America. More Americans are misinformed or uninformed about political candidates nowadays then Americans who are properly informed. Therefore, it makes no sense to increase turnout if the increased number of voters won’t be helping our election system.

According to Professor John Sides of George Washington University, “compulsory voting would change the outcome of very few elections.  That is because non-voters aren’t that different than voters in their partisan outlook and because many elections aren’t that close and won’t be swayed by additional votes.”  It is better to have a small percentage of our population vote if they all vote with informed, educated views, then have everyone vote with a majority of votes being random and meaningless. In fact, in Australia, where elections are mandatory, a huge problem exists with random votes. According to USA Today, between 5-10% of votes in the past election in Australia were what are called “donkey votes”. “Donkey votes” are where a voter simply checks the first box that appears on the ballot, resulting in useless votes. Those 5-10% of votes that were literally just someone randomly checking a box can have huge implications on elections, and can turn close elections to a candidate who either does not deserve to be elected or is unfit for the position. Theodore Roosevelt once stated, “ A vote is like a rifle; its usefulness depends upon the character of the user.” If the citizen is uninterested and just voting because of a law, that would certainly deprive the candidates from having a fair and accurate election. In one Washington Post poll, only 36% could name the three branches of government. In another,  29% couldn't identify the current vice president. These people should not be forced to vote!

4. The cost of enforcing mandatory voting is too expensive.
Warrant:

If you make voting mandatory, you need to put in place an expensive bureaucracy to find those people who didn’t vote and punish them.  This is a significant burden on our already taxed criminal justice and courts systems. For example, in those countries where voting is compulsory in theory, but seldom or never enforced, voter turn-out is low.

In Mexico, for example, which is among the countries where abstaining is illegal, turnout in last year’s presidential election was only 63%. If the US is to have compulsory voting that works, there will need to be a whole new bureaucracy to track those who don’t vote and prosecute them.  This will be very expensive and slow down our already slow criminal courts. According the Economist, compulsory voting will only work if there is a real consequence for not voting. Countries with limited budgets may not place the enforcement of mandatory voting laws as a high priority. Because of the high cost of prosecuting non-voters, many countries offer loopholes, intentionally and otherwise, which allow non-voters to go unpunished. For example, in many countries it is required to vote only if you are a registered voter, but it is not compulsory to register. People might then have incentives not to register. In many cases, like Australia, an acceptable excuse for absence on Election Day will avoid sanctions.