The US Should Not Modernize Its Nuclear Weapons 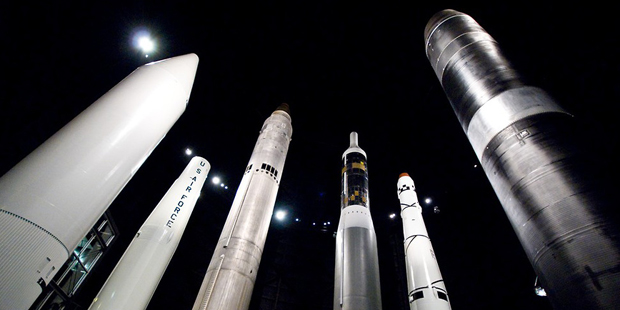 Modernizing nuclear weapons includes not only upgrading our current nuclear arsenal and methods of storage, but developing new and improved nuclear weapons. Replacing with new ones and getting rid of dangerous ones.

1. Modernizing our nuclear arsenal does not mean increasing the number of nuclear weapons, it just means improving them for accuracy and safety which is good for everyone.
Warrant:

Unfortunately, we live in a nuclear world, and as a nuclear power we have the responsibility to continually modernize our nuclear weapons. Smaller, more accurate, more secure, and environmentally safer weapons benefit all of humanity.

The history of Russia-US arms control negotiations provides many examples of nuclear modernizations that were conditioned upon weapons reductions. In particular, the New Strategic Arms Reduction Treaty in 2010 was conditioned on accelerated funding for modernizing the US nuclear weapons complex and ensuring the modernization of delivery systems. Under terms of the treaty, the number of strategic nuclear missile launchers will be reduced by half. A new inspection and verification regime will be established. According to a Reuters report on February 9, 2017, in US President Donald Trump's first 60-minute telephone call with Russian President Vladimir Putin, Putin inquired about extending the Treaty. Thus, modernization is a mutually acknowledged goal of both world powers.  Modernization can result in reducing warheads, improving clean up and storage issues to protect the environment, better security for existing weapons so they don’t fall into the wrong hands, and establishing international inspection schedules.

Efforts to modernize our nuclear arsenal benefit all of humanity and should be a high priority for any government with nuclear capability.

According to former Defense Secretary William Perry, “Today, the danger of some sort of a nuclear catastrophe is greater than it was during the Cold War.” He is very right, as countries are continuing to create more and more powerful nuclear weapons, with no end in sight. Compared to the US’s outdated nuclear arsenal, newer, more complicated, and more fearsome weapons constitute Russia's nuclear arsenal. Russia's RS-24 Yars intercontinental ballistic missile, introduced in the mid- 2000s, can strike anywhere in the US with what some report to be 10 independently targetable nuclear warheads. These 10 warheads would reenter the Earth's atmosphere at hypersonic speeds — around 5 miles a second. According to the Guardian, this bomb is capable of destroying 75% of the state of New York and will “make it uninhabitable for 1,000 years”. In comparison, our nuclear arsenal has not been updated since 1980 and cannot hit anywhere in Russia but a few spots.

China has developed a similar platform, the Dongfengjkplk (DF)-41 intercontinental ballistic missiles.  According to the Global Times, the DF-41 “is a nuclear solid-fuel road-mobile intercontinental ballistic missile with a range of 14,000 kilometers and a payload of 10-12 nuclear warheads, it can target anywhere in the world and is widely considered one of the most advanced intercontinental ballistic missiles.” By next year, China is expected to be capable of delivering a nuclear strike anywhere in the continental U.S. for the first time in its history.  Currently, the US simply has no way to defend against a salvo of such devastating nukes. In comparison, the US's Minuteman III ICBM also reenters the atmosphere at hypersonic speeds, but it carries just one warhead and was introduced in the 1970s. And according to the BBC, even North Korea's’ new nuclear bomb has an explosive yield of 30 kilotonnes, which is almost as big as some of the nuclear warheads in the U.S.’s arsenal.

Clearly, other countries have and are developing nuclear weapons that are stronger than what the US has. We have to modernize ours so that these countries still see us as a threat. All the US has to do to protect itself and its citizens is continue to modernize its nuclear weapons. It is worth it, because we will be protecting the citizens of the US, and our allies around the world.

3. Old nuclear weapons are a threat to our environment.
Warrant:

Abandoned launch pads and equipment used for obsolete nuclear weapons is contaminating our environment.  If we put money into modernizing our nuclear weapons, we can also clean up and correctly dispose of our old nuclear arsenal.

The U.S. government has closed many former missile silos, but that doesn’t mean the environmental risks are gone. During the height of the Cold War, the U.S. government needed a way to store its nuclear missile arsenal so it would be safe from an enemy attack, while still able to quickly respond to threats. The result was a series of "missile silos" that dotted the landscape for miles, often located on farm land. All told, at one point there were more than 1,000 missiles buried several stories underground in these silos. These silos are incredibly bad for the environment and overall safety.

In recent years, the need for a massive nuclear arsenal has decreased rapidly, now that the Soviet Union has dissolved and the threat from major nuclear powers has]diminished. As a result, most old missile silos have been retired, and their contents removed. But the fact that a silo is no longer operational does not mean that the threat of toxic contamination has been eliminated.

The U.S. Army Corps of Engineers has been working with the state of Wyoming to identify and remove tri-chloro-ethylene (TCE) from groundwater sources. TCE has many uses as a rocket cleaner and can be found near old missile silos. However, it can also cause cancer and liver damage. Even decades after the fact, environmental damage caused by defense activities can be dangerous.

If we put money into modernizing our nuclear arsenal, we could clean up the left-over chemicals from old nuclear weapons storage and create new and safer ways to store the radioactive materials.